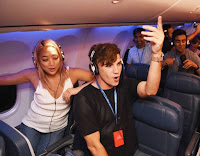 At Delta Air Lines , marketing executives have a phrase to describe customers and potential customers younger than 35 — and it’s not “millennial traveler.” They prefer to call them “Emerging High-Value Customers” or eHVCs. Click here to read the article on Skift.com. I believe that defining a new segment among millennials is important as different parts of the travel and hospitality industries have more or less the same approach to millennials. However, this group of people may trigger changes and development of new products and services based on better segmentation and understanding of their needs. Not all millennials want to fly low-cost, rent a room through Airbnb, and discover a city or country like the others.
Yorum Gönder
Read more » 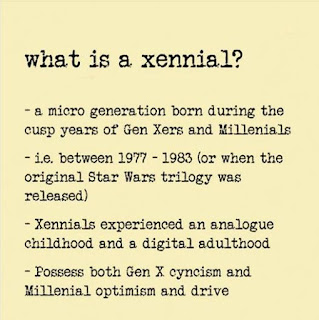 As someone born in the mid-70s, I have never identified myself as a Generation X. The main reason behind this was the situation in Turkey during the 70s and 80s. Turkey was an isolated country from the rest of the world in terms of art, music, and popular culture in general, like so many other areas thanks to two coup d'etat we had. All those definitions about 'generations' in the US and Europe were not matching with the reality of us. For the first time in the late 80s in a hotel room, I have watched MTV, where foreign channels were available. Then we had only two channels in the country run by the state broadcasting company. We were simply detached from the world. Along with that, I had my first email account in 1993 through a dial-up connection due to liberalization led by Turgut Özal, then president of Turkey. The huge gap between Turkey and the rest of the world had narrowed during the 90s, and we became more integrated. However, it was too late for us to become a Gen-
Yorum Gönder
Read more » 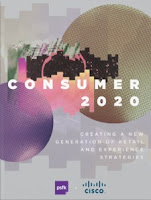 PSFK is a New York-based business intelligence platform that inspires creative professionals. It is in my bookmarks for a long time, and I regularly, not frequently, check their website for useful picks and ideas. Here is an interesting one; Consumer 2020. According to PSFK, this report, developed in partnership with Cisco, explores questions and discusses how brands can adapt to a new collective of empowered consumers. The democratization of technology has allowed these individuals to access creation tools typically limited to retailers and brands. Click here to have a look at Summary Presentation and download the free report. Save Save
Yorum Gönder
Read more »

Eric Schmidt, chairman of Google's parent company, Alphabet, and the most prominent public face of the search giant; " We can't guarantee it, but we can get pretty close " Schmidt conceded the point during an interview on Fox Business Network Thursday in response to a growing advertiser boycott against the company. More than 250 brands have pulled ads after reports that they appeared near YouTube videos from terrorists, Nazis, and other hate-mongers. I believe that this boycott and response of Google, along with other platforms, will define the future of online advertisement. Have a look at Mashable to read the full article by Patrick Kulp.
Yorum Gönder
Read more »

No, it is not wine; it is coffee! Nespresso has launched a new Limited Edition coffee called Selection Vintage 2014. It is not just another limited edition like Tanim de Chiapas - Mexico or Cafezinho - Brazil. It is not exotic or has a colorful capsule like others. It is all about the story behind it. Have a look at the below video; Nespresso Brand OK, I am a Nespresso customer, and I like both the product and the brand. I even upcycle used capsules of mine and my friends to make decorative items; Capsules and Light . Categorically, it falls under capsule art, another developing thing among fans, which is also under Nespresso's radar. Check the website of Second Life Project  by Nespresso or just google it. Check out their  Ecolaboration Program . A comprehensive one covering sustainability, social, and environmental impacts of the business while improving the lives of coffee farmers and their communities. They do whatever has to be done. I believe that Nespresso is a very successf
Yorum Gönder
Read more »

Have a look at NG story about vintage maps of airlines in the early days of the 20th century and compare it with Martin Grandjean's below work to see how the industry has developed in terms of the network. Today we have more than 3.000 airports and 60.000 routes. Don't you think that it is amazing? Click here to read the full story of NG. If you like to buy the book Mapping the Airways, curated by Paul Jarvis, visit the Amberley Publishing website . Have a nice flight!
Yorum Gönder
Read more » 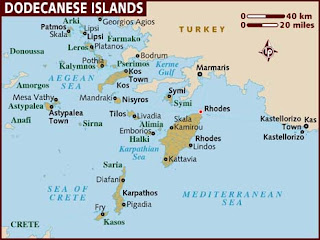 Does the Airbus A380 have a future?

Ocak 03, 2017
I had a few flights on board of Emirates A380s, both in Economy and Business. Yes, it is a huge aircraft, but there is nothing unusual except the bar for premium pax in terms of passenger comfort. Have a look at the video news by Jeremy Howell of BBC;
Yorum Gönder
Read more »
Diğer yayınlar